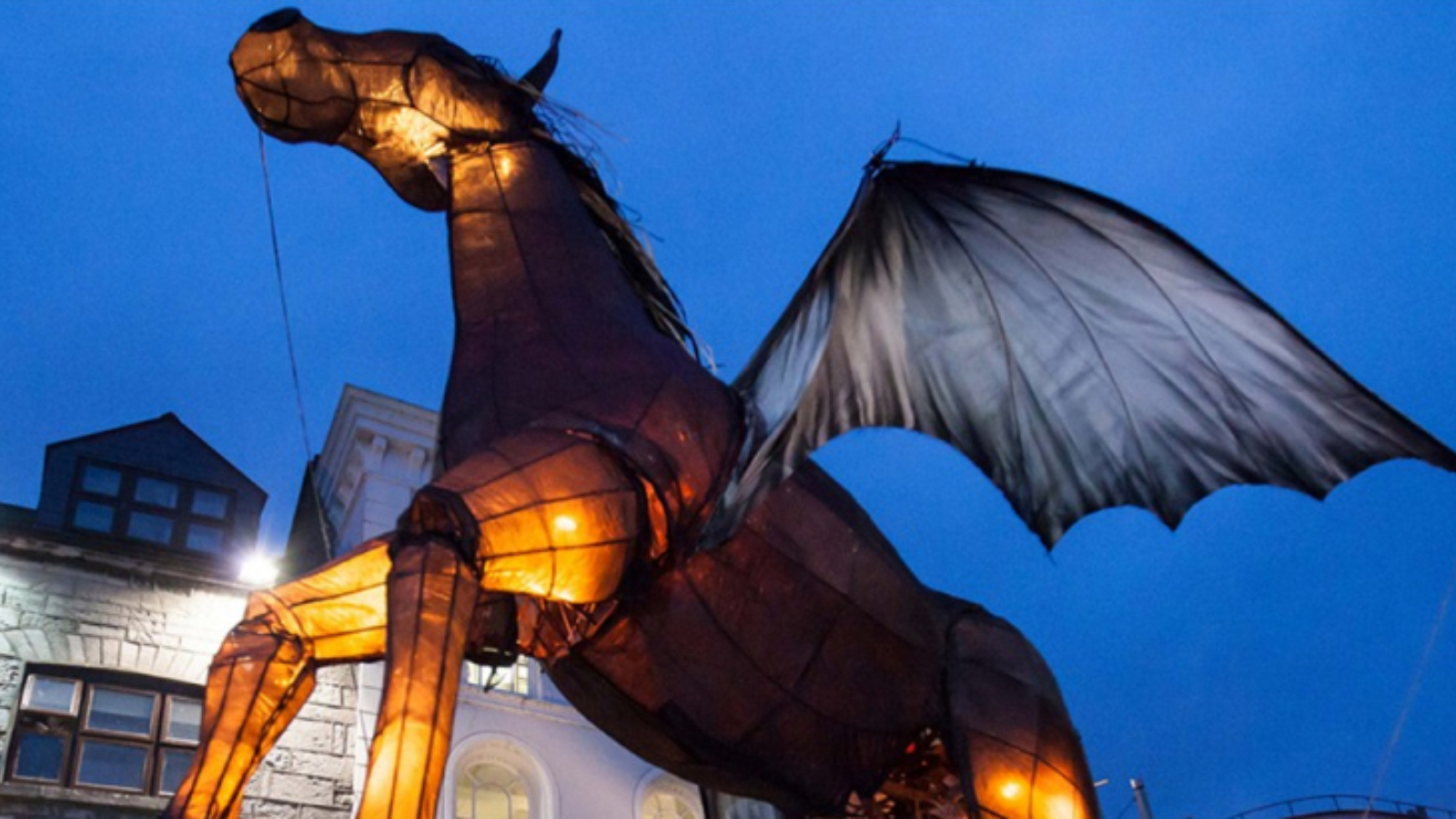 Bring the magic of Macnas to your city, festival or event. A truly unique experience like no other.

Macnas is celebrated as Ireland’s pioneering street art and spectacle theatre company. We create extraordinary and unforgettable interactive experiences staged in both familiar and unexpected sites, across diverse landscapes and cityscapes. The work of Macnas is transformative, mobile and immersive, in collaboration with artists, audiences and local communities.

The company made its first big international splash when it floated a giant 30-foot Gulliver (large scale puppet) down the River Liffey in Dublin City.

30 years later Macnas became the first spectacle company in the world to premiere at the renowned South by Southwest Festival (SXSW) in Austin, Texas in 2016.

Over the years the company has toured the world with U2 and performed at the MTV Awards; brought wonder, mayhem and mischief onto the streets of Australia, Russia, China, the UK and Europe; simultaneously celebrated the Millennium in three cities – Galway, Dublin and Times Square, New York; unleashed a one-eyed giant called Balor on the City of Angels and brought the city of Hull to a standstill during Hull UK City of Culture 2017.

The company continues to pioneer award-winning innovative work as it embraces community and audiences across every socio-economic divide through the medium of theatrical spectacle, engaging citizens, participants, volunteers, professionals and visitors in communal celebration.

"Macnas... the ultimate creators of fantasy."

"Like a dark steampunk novel set in Victorian times… but with zombies."

"Lightning struck and demonic drums banished blues across Galway city on Sunday night as a winged prophet was pursued by an illuminated mannequin named Lumo."

Out Of The Wild Sky 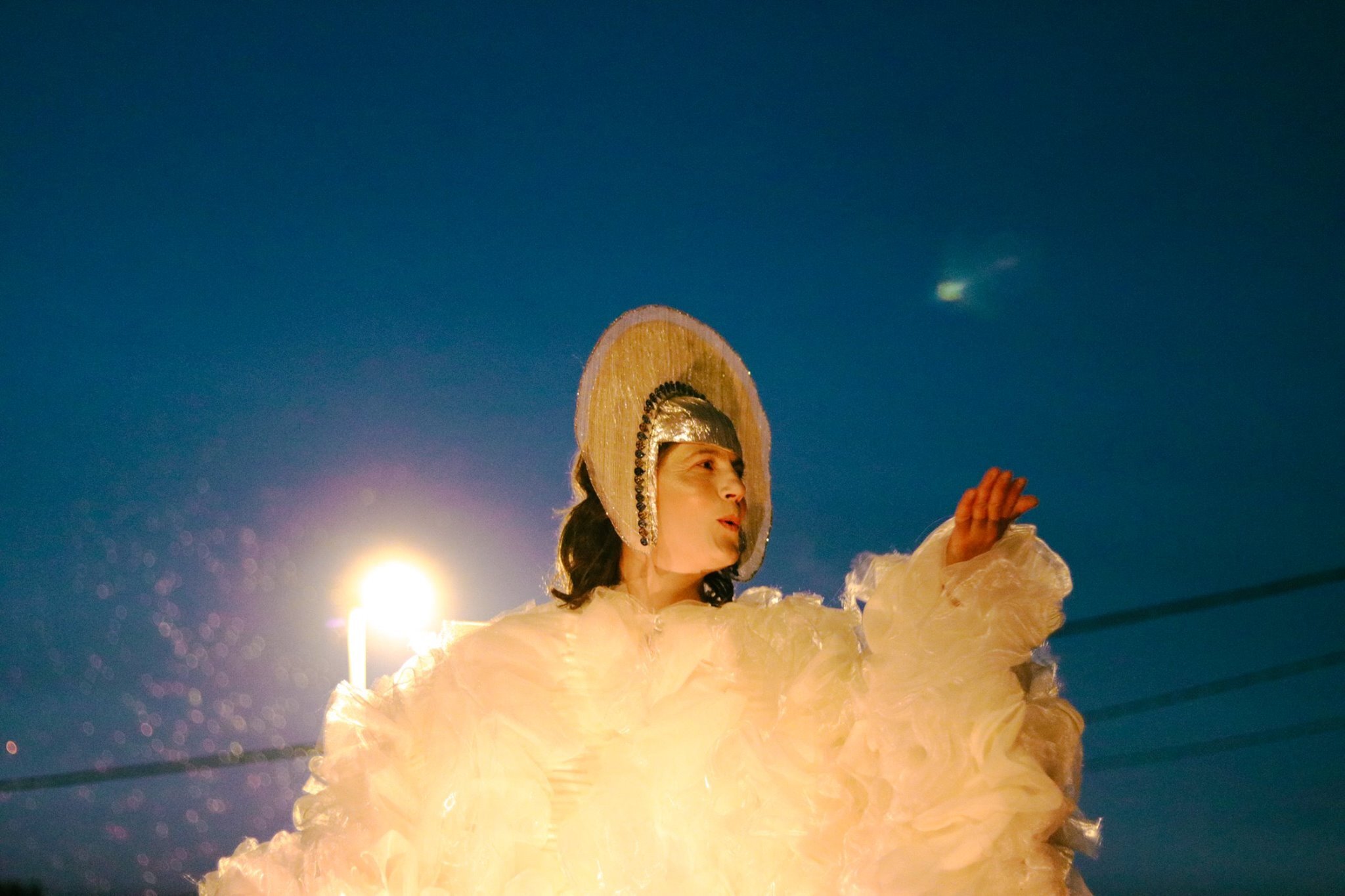 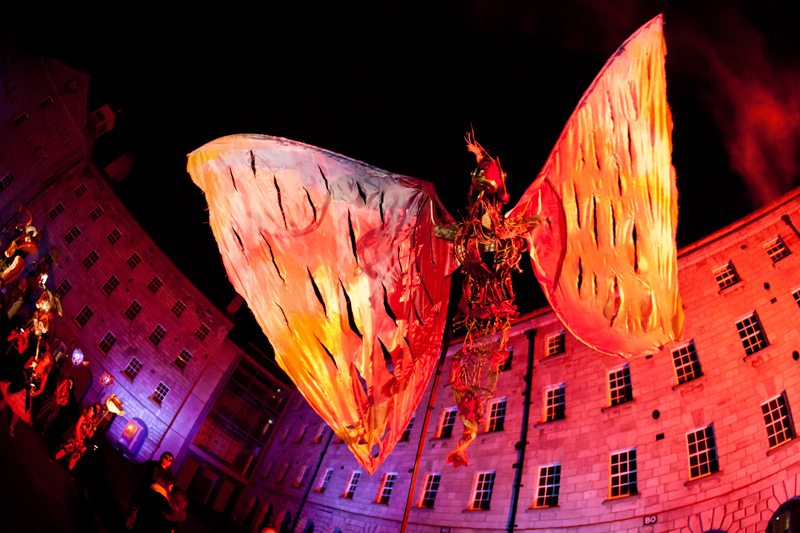 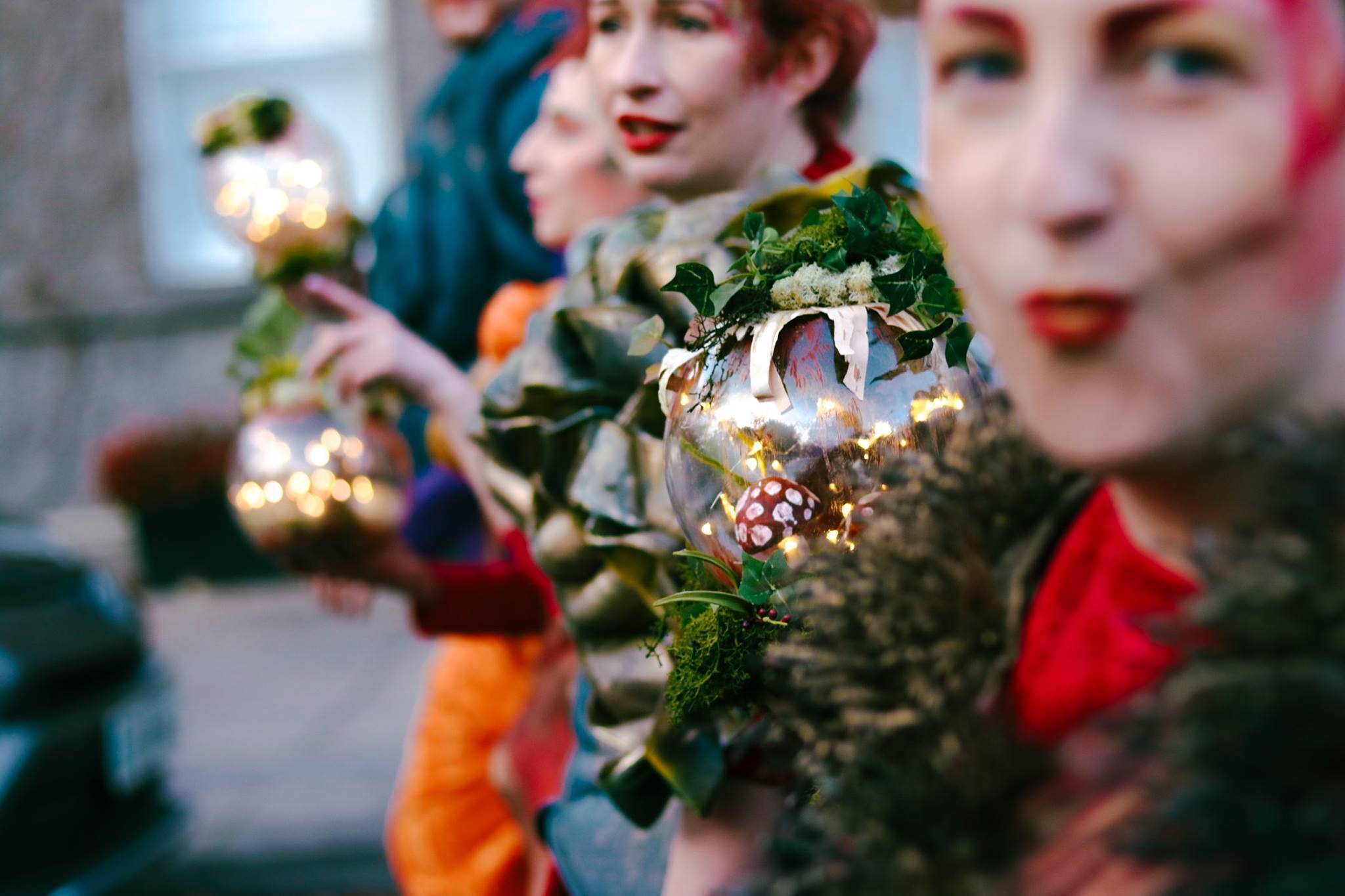 Bring Macnas to your city, festival or event